All Sinclair’s ideas have a strong graphic base, originating in old emails, in the corners of meeting notes and sketches in an A5 sketch pad – usually bound by a frame line.
The sketches are simple, quick single line graphic notes that emphasised key shapes. He says he cannot think on a large piece of paper.
He paints people, animals and landscapes together with a very occasional still life, which, for some reason or the other, strike him as being emotionally significant., which he defines as charismatic moments.
Nearly all his pictures start with something he has seen and which seem to him to wish to be memorialised. However, there are other pictures which spring from traditional literary iconography – either from Christian sources or from Classical legends. 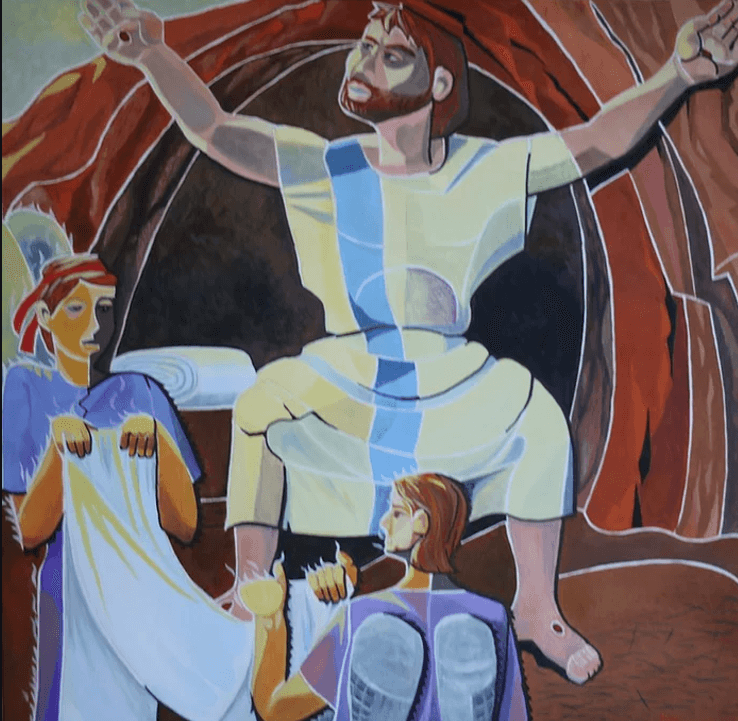 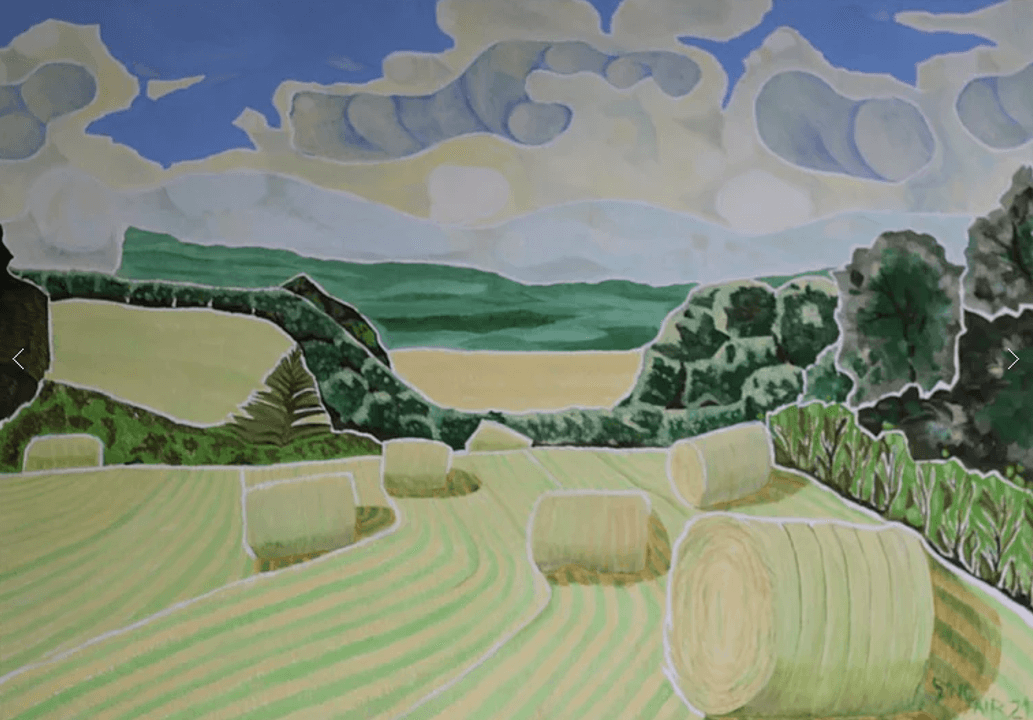 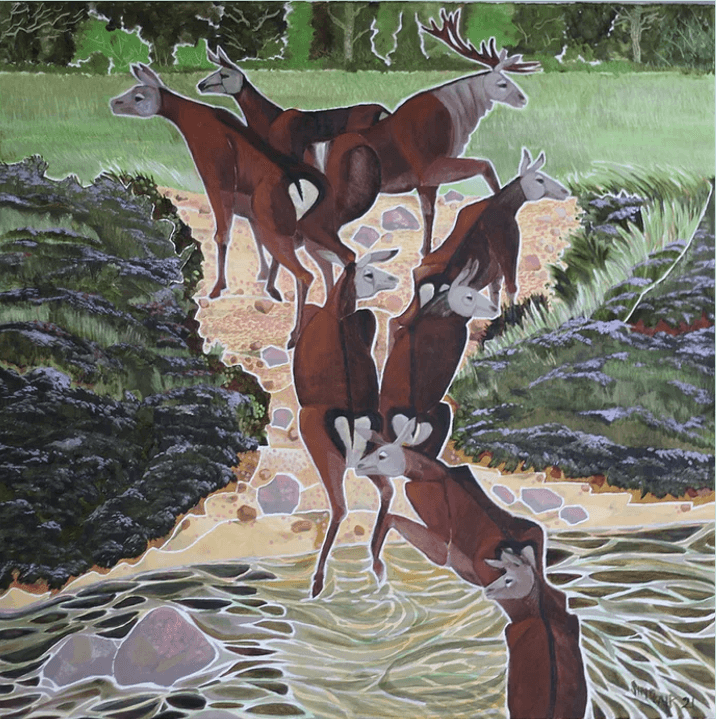 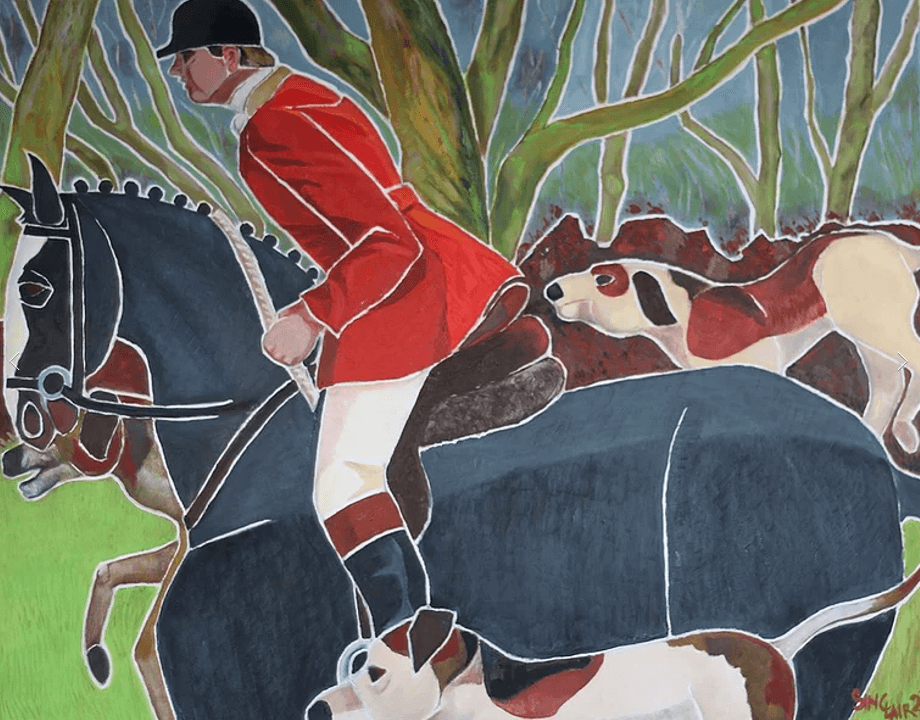 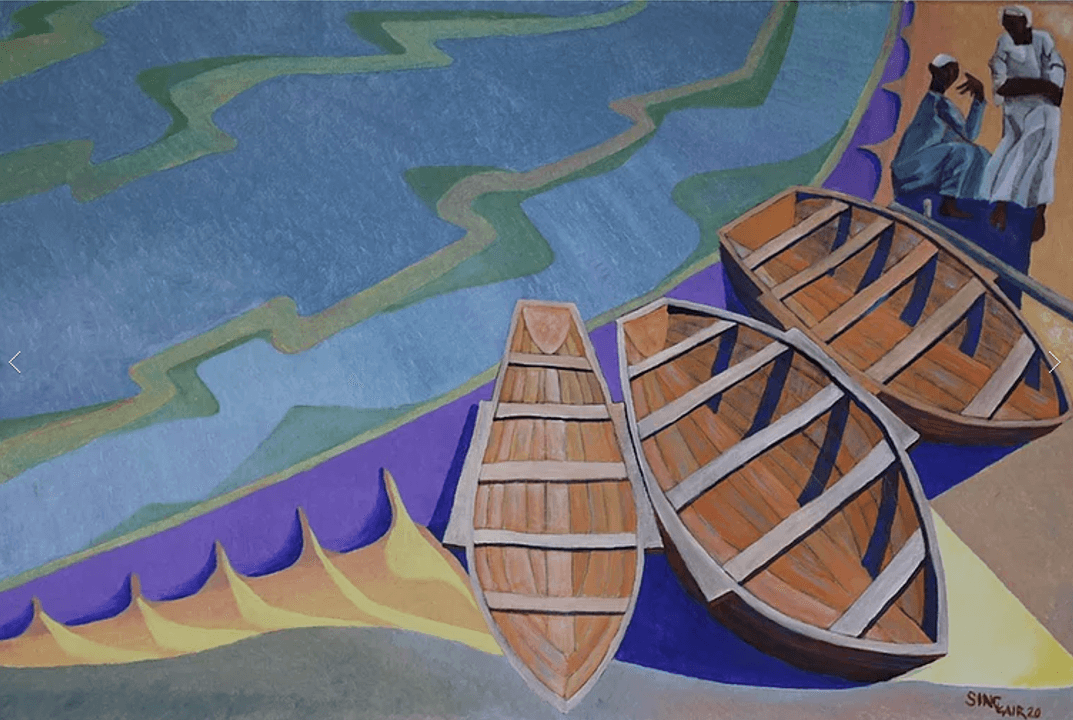 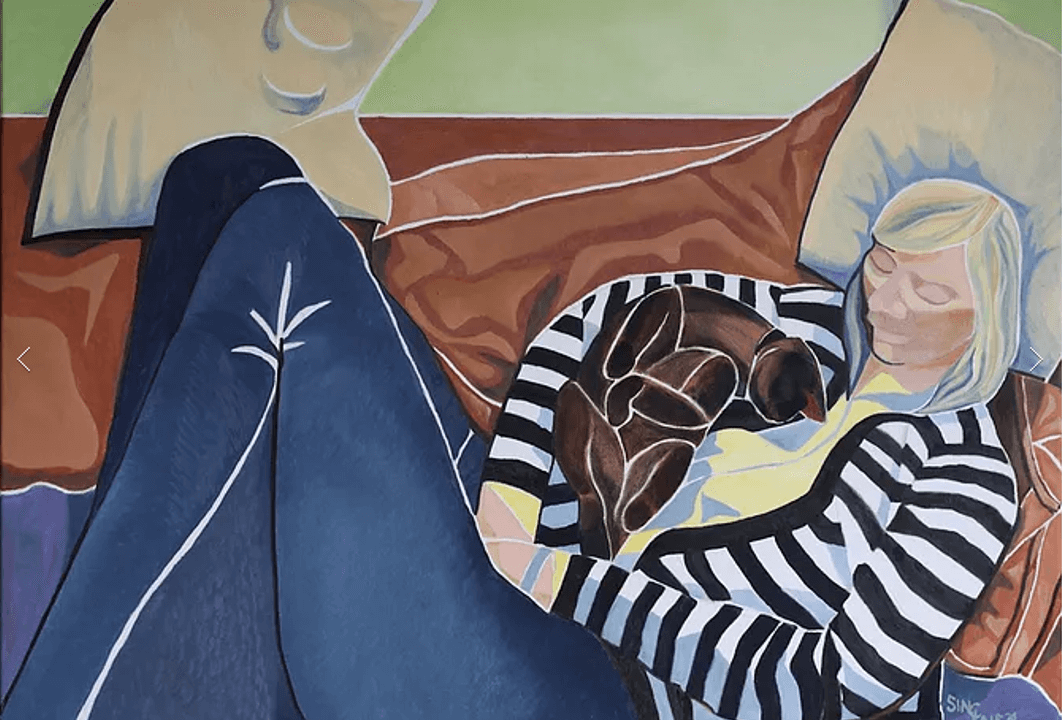 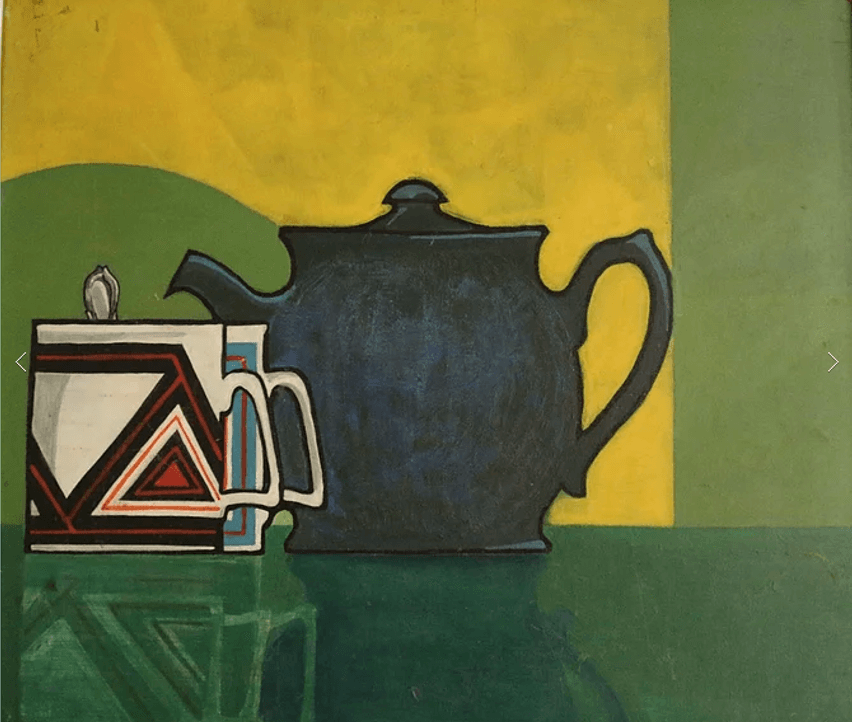